Chicago residents have voted to allow the city of Chicago to shop for electricity on their behalf.  Electric choice has been available in Illinois for around a decade.  However, due to recent changes in the law, municipalities can now enter into aggregation agreements with electricity providers in order to get cheaper rates for their residents. 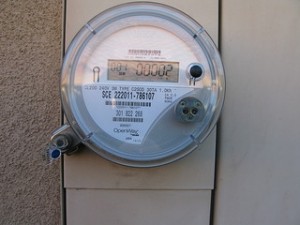 The city of Chicago is expected to move quickly to decide on an electric provider.  The plan is to seek proposals for potential suppliers starting now and pick the winning power company sometime in the January time frame.  After that, the switch will take place in February with March light bills reflecting the change in provider.

It is important to note that electricity for Chicago consumers will still be delivered by ComEd.  ComEd is the utility responsible for the delivery of electricity regardless of which company supplies the electricity.

Consumers are not required to get their electricity from the provider that the city ultimately selects for an aggregation deal.  Residents will be allowed to opt-out of the deal and are still free to shop for cheaper electricity rates on their own.  Or they can stay with ComEd as their electricity supplier.  (Remember, ComEd will deliver the electricity regardless of who the supplier is.)

The deal will affect around one million residential and small business customers.  According to the Citizens Utility Board,  the average customer will see saving of around $100 in the first 5 months of the deal (February 2013 – June 2013).

Because of the large amount of electricity that would need to be supplied to meet the needs of Chicago’s power users, there are a limited number of electric providers capable of handling the demand.  It’s possible that the city could choose multiple providers.  This could open the door to smaller green energy providers who might also be able to get into the mix.